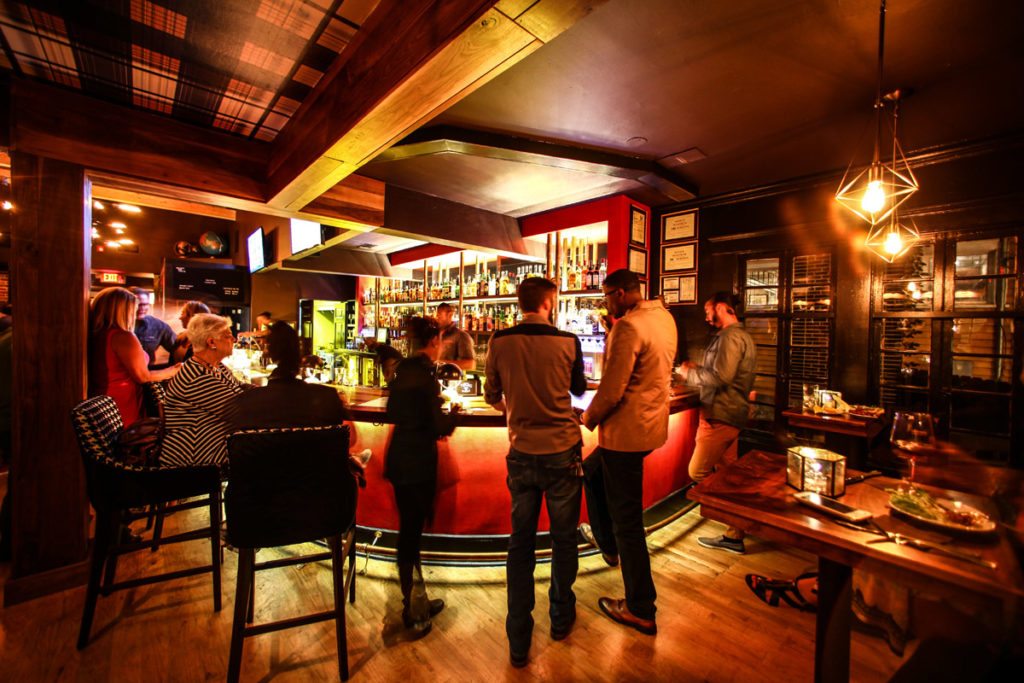 A new bar is bringing a retro vibe to Midtown.

Co-owner Jim Sullivan described the concept as an “elevated pub” with a focus on craft cocktails.

The cocktail menu features two drinks on tap, the Welly Welly — a riff on a Long Island — and the House Bounce, Foxtrot’s cherry-laced take on an Old Fashioned.

As far as the look of Foxtrot, Sullivan describes it as a “deconstructed men’s suit,” complete with tartan wallpaper and a houndstooth cedar wall. Though the bar is situated in a ’30s bungalow, he said the decor steers clear of anything reminiscent of the Prohibition era and instead veers toward “a retro country club house” look.

“You know The Most Interesting Man in the World? This is that guy’s house,” said Sullivan, who previously ran Halo Lounge and Jackrabbit Lounge in Atlanta and co-owns Foxtrot with Scott McCray, who previously operated Cosmo Lava Lounge.

Foxtrot, which also boasts an outdoor patio, is open from 5 p.m.-late Monday-Thursday and Saturday, and 4 p.m.-late on Friday.