The History of Liquor Bars

Since the beginning of civilization humans have sought out places to eat, drink, and enjoy the evening. It’s built into the history of mankind! When you need a beer, and you need some food, you need a bar. 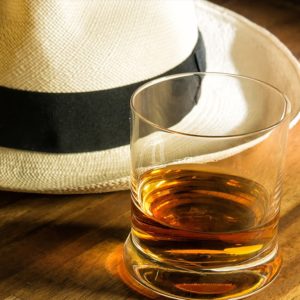 The Origin of Bars

Retail establishments that serve alcohol date back to Ancient Greece, where men would gather in the evenings for food, drinks, and music or theatrical entertainment. By Ancient Roman times, taverns were arising along roads and trade routes to meet the needs of travelers and soldiers. In England, up through the 11th century, public houses became places hold personal or business meetings. The British loved their pubs so much that laws were enacted during the 1600s making it illegal to not have a bar in town.

In the Colonial days of America, taverns were often built before churches. By the 19th century, bars were popping up across the Western frontier to offer lodging as well as food and drink to settlers. These saloons became so prevalent that Prohibition was enacted in the early 20th century to curb America’s perceived drinking problem. While this made alcohol illegal, secret bars called speakeasies continued to operate, and their popularity proved that America could never walk away from a good drink. The 21st Amendment legalized alcohol again in 1933, and our love affair with the bar scene has only grown from there. 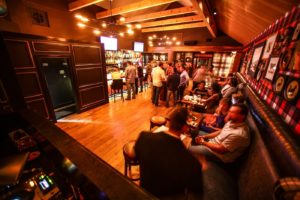 In today’s modern age, bars no longer offer lodging, but they have become highly diverse and specialized. There are dive bars, Tiki bars, wine bars, comedy bars, karaoke bars– far too many to list. With the rapid growth of the craft beer market and rise of small batch distilleries, some, like Foxtrot Liquor Bar, specialize in unique drinks. Mixologists go beyond bartending to offer craft cocktails with specialty ingredients and beer flights designed to delight. Indeed, the bar experience has truly been elevated in today’s modern age.

Throughout history, bars have served as a place for people to meet and discuss ideas big and small. Like the garage of the tech era, bars have served as the origin point of big cultural events, from the American Revolution to the Stonewall Riots. Ultimately, though, after thousands of years, it’s still just nice to hang out with friends and have great drinks and great food at your local Midtown bar.

At Foxtrot Liquor Bar. we offer a richly retro-clubhouse atmosphere, specialty small plates, and craft cocktails with unique ingredients. If you’re looking for a Midtown Atlanta bar with a great beer selection and full liquor menu, look no further than Foxtrot. You’re making history! Have a drink and grab a bite with us tonight!